48 hours of Nexus One 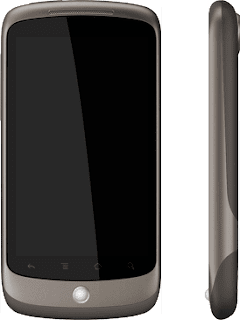 I just used a Nexus One for 48 hours (thanks Pierre). Here are a few quick notes/thoughts from the perspective of an iPhone 3G user.

Getting started
First impressions
The cool stuff
The OK stuff
The not so cool stuff
Is it better than the iPhone?

I have no complaints about the hardware except for the trackball (concept and implementation), and the CPU and display give Nexus One the edge until this summer when Apple hopefully releases a new iPhone.

As for the software, it's not easy to determine a winner. Clearly a lot of thoughtful work went into Android, but it doesn't feel as polished and slick as iPhone OS. Often the phone feels more like a regular desktop computer. This can be good or bad depending on your perspective.

On the apps side, iPhone still wins hands down, but the Google stack of applications, including GMail, Navigation, and Google Voice, works best on Android, and that might win the hearts of some. Anyway there is little doubt Android will soon have enough good third-party apps that this won't be as much of a problem anymore (except maybe for games).

Most likely my next phone will still be an iPhone because of the apps and ease of use, but this short Android adventure was quite refreshing!
Share
Recent Updates

A tale of typewriter shipping

Introduction In July 2021 I shipped 7 large boxes containing typewriters from Switzerland to the US. In total the boxes contained 15 typewriters: 12 portables in their cases 3 “antique” stan...

The problem Over the last few months our Yamaha Clavinova CLP-280, which we bought around 2007, had developed issues: some keys, starting with A3, but then also G3, and then a couple of other keys...

Introduction I previously wrote about my IBM Memory Typewriter and the first installment about its cleaning and restoration. In this post, I describe the continuation of the cleaning of the machin...

Continuations in Scala (without a PhD)